Some great new books from other authors for ya! | Elle Casey, Novelist

This book is FREE for one week only (today is September 30th, 2014, so it will be back to $3.99 after October 7th or so).  Click on this link below to download either a Kindle or Nook file for your e-reader. FREE FREE FREE!! Written by indie author J.L. Bryan, author of Jenny Pox and other great stories. ALL HE ASKS IN RETURN IS AN HONEST REVIEW, on Amazon or Barnes and Noble or wherever you buy your books and see this book for sale. 🙂

DESCRIPTION
Ellie Jordan’s job is to catch and remove unwanted ghosts. Part detective, part paranormal exterminator, Ellie operates out of Savannah, Georgia, one of the oldest and most haunted cities in North America.

When a family contacts her to deal with a disturbing presence in the old mansion they’ve recently purchased, Ellie first believes it to be a typical, by-the-book specter, a residual haunting by a restless spirit. Instead, she finds herself confronting an evil older and more powerful than she’d ever expected, rooted in the house’s long and sordid history of luxury, sin, and murder. The dangerous entity seems particularly interested in her clients’ ten-year-old daughter.

Soon her own life is in danger, and Ellie must find a way to exorcise the darkness of the house before it can kill her, her clients, or their frightened young child. 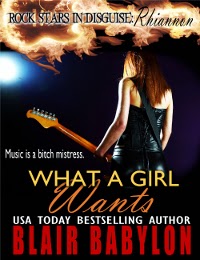 Drew Castle is a Navy SEAL with a bad case of indifference. Until Annie Martin shows up on his doorstep, scared out of her mind, and all of a sudden, keeping her safe becomes the most important mission of his life.And this time, he’s on his own.
Amazon
Kobo
iBooks / iTunes / Apple
Barnes & Noble
•••••••••••••••••••••••
Complete Bliss
By Julia Kent

As Laura struggles to understand her relationship with Mike and Dylan, her best friend Josie recommends a surprising ally: Josie's niece,
Darla (from the Random series). But turnabout is fair play: Mike and Dylan meet with Joe and Trevor (from Random) for the least comfortable conversation ever, and
maybe the past has a few surprises they didn't see coming.
Amazon
Google
Play
Kobo
iBooks / iTunes / Apple
Barnes
& Noble
•••••••••••••••••••••••

Two to Tango
by Mimi Strong

Skye Evans is a former stripper who despises rich people. Charlie Ward is rich. He's twenty-nine, and loves to party. When Charlie finds Skye crashing a party at the exclusive country club he owns, he's captivated. He takes her on a private tour of the pool, where they discover perfect chemistry. Unfortunately for these two, Skye still hates rich people, and Charlie's still rich. But… they fit together so well when they're naked.